Hut to Hut Biking in Guatemala 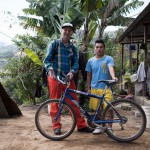 A young man; 18 year old Kevin, stands on a dusty street corner on the outskirts of Antigua, Guatemala. Two years ago he received a bicycle from Wheels 4 Life through his school; “Escuela Proyecto La Esperanza” which was founded and is run as a UK based charity. They produce an excellent educational program for the extremely poverty stricken people of the Antigua area in Central America. 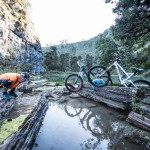 Kevin jumps on the back of our pick-up truck and guides us to his humble home where he lives with his mother, it is a primitive brick building with a metal door and no running water. His room is tiny and beside his bed he stores his few belongings, which consist mainly of clothes, school supplies and apart from his football trophies; his most precious possession, his beloved bicycle.

Thanks to this bicycle he can travel to school much faster and be more punctual, his family cannot afford the 1 Quetzal (13 cents) for his bus fare on a daily basis. Kevin is now taking a university course to complete his education and in so doing is building himself a platform for a brighter future. His passion is football, but he rides his bike up a steep hill by his home with ease and cruises the 10km journey to school through cows and traffic like a New York bike messenger; I had to wonder if he could outride me. 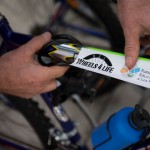 Austrian photographer Stefan Voitl approached me a few months ago and asked whether I would like to join him and fellow Austrian Trials rider Tom Oehler on a bike adventure whilst at the same time, incorporating a trip to visit a Wheels 4 Life project. They talked about their goal to return home with a collection of photographs taken during our time in Guatemala, which they would exhibit and sell to raise funds for another Wheels 4 Life project. 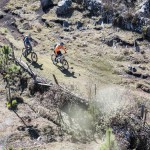 We all met in Guatemala City where we rendezvoused with local tour operator, Matt, from “Oldtown Outfitters”. He had suggested a unique and remote hut-to-hut tour in the Highlands at a high altitude of 10’000 feet give or take a few. We had all brought full suspension mountain bikes, except Matt who was rocking his hardtail. During the first few days we were treated to some day rides around the picturesque and colonial cobblestoned city of Antigua which is surrounded by several active and by active, I mean spewing and fuming volcanoes. We also got to ride the first bike park in Guatemala – El Zur. After a 45 minutes bumpy truck shuttle we were offloaded half way up the Volcan de Agua to embrace a 20km downhill ride through lush cloud-forest and with a terrain of loose, dusty volcanic soil. 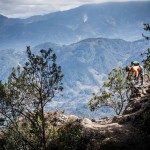 A few days later, after a 5 hours drive through the countryside, we arrived near Todos Santos at the base of the Cuchumantanes Mountain Range/Highlands. The goal was to ride all the way via Laguna Magdalena and Chortiz to the town of Acul Quiche in three days, sleeping in simple backpackers huts and getting fed by local families. The trails, when we had one, and the terrain where rather technical and slow going. Often we had to push, hike and trials our way on the little used trails. Between scattered remote farms and wandering shepherds along the way, we were seldom alone but always far from civilization. When we arrived at the small settlement of Laguna Magdalena the locals were rather surprised to see us come down the rough hillside on mountain bikes. The village was named after the beautiful lagoon and waterfall near the cabin where we were staying. As soon as the sun went down I put on every piece of clothing I had; with no electricity or fire, we were relying on the blankets provided in the huts. After a fun round of dice and a flask of local moonshine we crawled into our beds before 9pm. When we woke up, the stars where still visible in the dark sky and the ground was frozen; we didn’t waste much time to begin our climb out of the freezing valley to reach the first rays of sun. 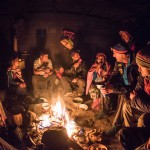 This was the big day, most of the route was never ridden on bicycles and there were several parts with no trail at all. We knew that the small village of Chortiz had another backpacker cabin, but in between we had to traverse several valleys and mountain ranges always at an altitude of around 3000m, where our highest point was actually at 3200m. Interestingly they still have trees growing at this altitude and luckily the air didn’t seem as thin as in the Alps. 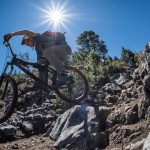 Between shooting photos, filming some GoPro footage and the slow going because of the technical nature of the trail, we didn’t arrive at our destination until right before sunset. Tom’s trials biking skills transferred very well into his mountain biking style, with ease he would pick his line through the gnarliest rock gardens. At one point Matt suggested a potential short cut, which he was not sure about. This was not an area to get lost in, after following a tiny over grown trail for an hour and a half we came back to the main track. We figured we had saved about 30 minutes, but we still had another 2 hours to go with the sun already getting close to the horizon. When we arrived at the hut we found that two backpacking girls from the UK and their guide had already snatched up most of the beds in the cabin, we scattered some mattress and blankets on the floor and made ourselves at home. Showers were out of the question, and drinking water had to be filtered. A local family invited us into their primitive home with dirt floors and a fire pit in the middle of the room, where the females of the family were preparing a tasty smelling meal consisting of chicken broth, noodles, potatos and eggs; the same would be served for breakfast the following morning. 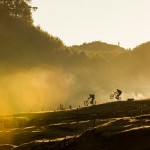 After loosing my crown as the undisputed ‘Yahtzee’ dice champion the night before, I was looking forward to the last leg of our trip, the long downhill to the Hacienda San Antonio, a working cheese farm. The trail reminded me of the old military switch back trails in the Italian Alps from WWII. We only encountered some sheperds and few packhorses hauling supplies into the highlands. One of the horses was accidentally spooked by the rolling wheels and fell off the trail into the scrub. We had to help remove the heavy load from the horse so that it could get back on to the trail; luckily the horse was alright. Beautiful trails, natural terrain and a wild Guatemalian backcountry provided a great stage for our adventure. 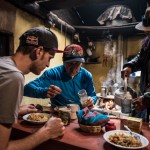 Back in Antigua we were getting ready to visit the EFTC school (Education For The Children) and meet some of the previous Wheels 4 Life bike recipients, as well as the 31 new children that would receive a bike from us whilst we were there. Wheels 4 Life is a non-profit charity that provides bicycles to people in need of transportation in Developing Countries. EFTC is a school run by a UK based non-profit charity, their set-up was most impressive Not only do they provide education to over 600 children, they also give access to their students to healthcare, nutrition, transportation (as with the bikes we donated) and where needed, psychological council and therapy for kids and families that have undergone traumatic experiences. Further educational support includes university scholarships to set these kids up for real jobs and a opportunity to break out of the vicious cycle of poverty. Many of these families live on less than $1 per day and often 3 or 4 children share one small room and one big bed. 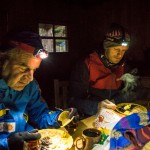 I was very chuffed to see Stefan and Tom supporting my cause and being inspired by seeing first hand the situation and hardship these kids are facing. I was also happy to see our project flourishing and succeeding after our initial phase  3 years ago, it was rewarding to see the bikes put to good use and still running. Some of the students are now attending university with dreams of administrative jobs or work in Guatemala’s growing tourism industry.

In the spring of 2015, Stefan Voitl will display his photographs at an exhibition in Vienna during the Argus Bike Festival. More info on Stefan and his photo exhibition: http://www.voi.tl 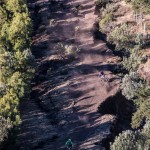 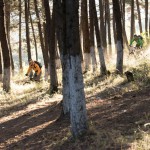 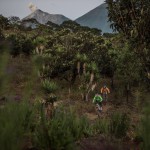 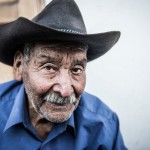 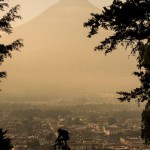 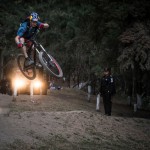 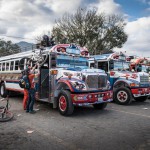 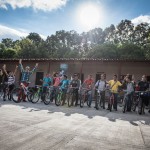