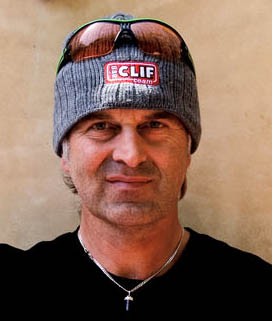 Who is Hans Rey?

Hans Rey, multiple Trials National and World Champion, is one of the pioneers of Trials and Extreme Mountain Biking. Through his spectacular mountain bike trials shows and adventures, Hans has made himself a name far beyond the mountain bike scene. His skills and image are constantly opening the doors to media coverage all over the world; “No Way” Rey has been demonstrating his talents in over 60 countries. 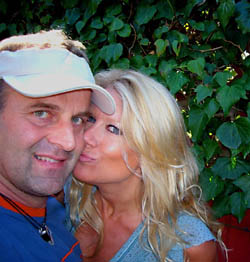 They call him the Franz Beckenbauer or Wayne Gretzky of Mountain Biking, he also belongs to the following teams and organizations:

Hans earned recognition with his jump over a car on the 405 Freeway in Los Angeles, with his volcano dance in Hawaii, his under water bungee jump, or his Machu Picchu Adventure. Besides his own successful video series he was also chosen as stunt coordinator and stuntman in Willy Bogners motion pictures “Fire, Ice, and Dynamite” and “White Magic”; as well as in the TV Show “Pacific Blue”, where he occasionally has a guest appearance as himself. He’s also been featured and hosted numerous TV shows and programs. At the 1996 Olympic Games Hans was part of an Extreme Sports Act and performed in front of 3.5 billion viewers in the Olympic Closing Ceremonies. 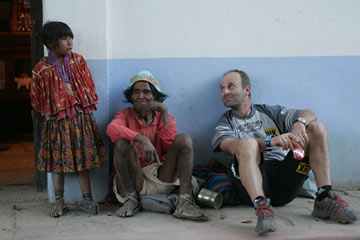 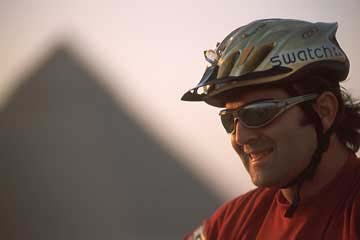 The Hans Rey Adventure Team was inspired by Hans’ desire to utilize his unique mountain biking talents and go outside the competitive arena and explore the world, capturing all the cultural and spiritual qualities of his destinations for the benefit of millions of TV, video, and publication viewers. Riding waterfalls in Jamaica, looking for pyramids and a dwarfen tribe in China, amongst wild animals in Africa, in the footsteps of the Inca in Bolivia, searching for headhunters in Borneo, are just a few of Hans’ journeys with his adventure team. These adventures around the world are many times highlighted with live performances in front of thousands of fans at sporting events, fairs, conventions, and other special events.For the future, The Hans Rey Adventure Team will focus on non-competitive activities and adding high-profile athletes from other sports to cross-pollinate the mission of the team. To capture live, in print, on video tape, and film the regional culture and spiritual aspects of the adventures with the fun and fitness that goes along with it. In recent years Hans has shifted his focus to his Urban Adventure series, with trips in Los Angeles, Napoli and Hong Kong so far. He has also been an early advocate for the ebike pedal assist movement and has included electric bikes in many of his projects.