Memorable moments from my travels. 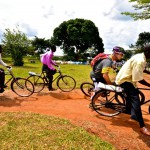 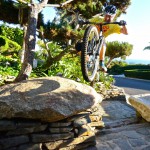 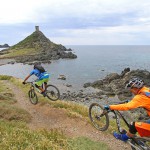 Fun riding in Corsica with Trials Champ Kenny Belaey May ’14 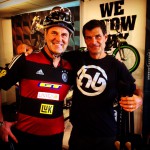 With BMX legend “The Condor” Mat Hoffman at the CSG UK Launch Aug.’14 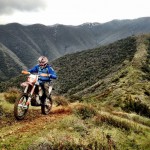 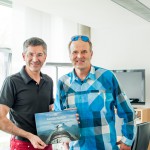 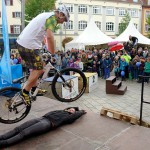 A rare Trials Show for long-time sponsor LUK in Offenburg, Germany  May’13 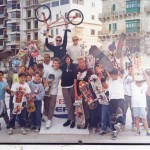 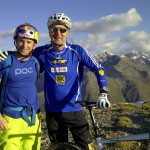 Danny MacAskill and Hans during their ride in Livigno 2012 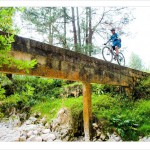 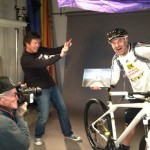 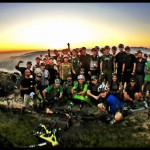 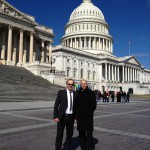 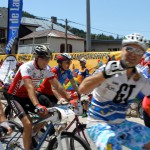 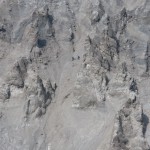 Danny MacAskill, Julien Giacomelli and Hans tackling one of the steepest chutes near Livigno, Italy 2012 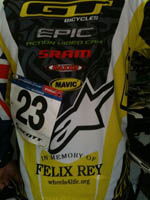 With legendary Reinhold Messner at the Adidas Outdoor booth at the OR Show in SLC, Jan. ’11

Hans as stunt-double for German comedian Otto Waalkes during a shoot of the new Willy Bogner IMax film in St. Moritz (May 2012).

Hans with Stompin Stu Thomsen, King of the Skateparks Eddie Fiola, and Brian ‘Flyin’ Lopes at the Dirt Lab 2010

Hans with Rage bassist Timmy C and tennis legend John McEnroe at the recording of the W4L film, Malibu 2010

Extreme Skier Glen Plake, still sporting his mohawk – he motivated me in the early 90’s to become a “Extreme Mountain Biker”

Andreu Codina was the first ever Bike Trials star and my hero, Laguna Beach 2010

Hans with the Giant MacAskill, Danny MacAskill, Peaty in Scotland ’10

Hans at the Mottolino Bike Park in Livigno 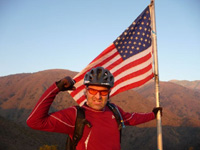 Hans, during a recent NASA Mars Mission, he recently become US citizen. The previous lack of having a US passport was the whole reason NORBA changed its rules for the US National Championships in 1987, after Hans had won it with his Swiss Passport they had no choice but give him the title, before they changed rules for the following year.

Lakers All Star “Magic Hansen” and Steve “the terrible pig” Peat”, at the Wharncliffe Weekender ’09

In the background are the remains of King Arthur’s legendary Camelot Castle in Cornwall.

With the adidas Freeride Team on safari in Botswana 2009 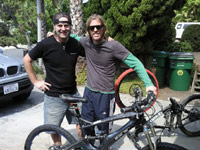 Taylor Hawkins, the drummer of the Foo Fighters stopped by my house to take my GT Force for a spin. March ’09

Above Rio in the shadow of Corcovado 2001

Hans and Peaty headless, after their search for headhunters in Borneo 2000

Hans and Carmen on their ride around Kilimanjaro Jan.’08

African singletrail on the carbon Zaskar ’08

Two of my heros – Andy Patterson former BMX World Champ (Skyway) was my hero before I ever came to the States, Gary Turner, aka Mr. GT (right) was my hero ever since. Las Vegas Oct. ’07

The groms aka Adiridas at Hans’ (they brought the Budweiser crap)

My favorite from the Cliffs of Moher, Peaty holding the video cam, 2006

Hans with his girlfriend Carmen

Going down at Northshore in Vancouver on Flying Circus

Hans at the Grand Canyon Oct. 03

Hans in a trials event in Germany around 1983 – check out his “LTS TrialChamp” with a drum-brake, 3-speed internal rear hub, moto levers and rubber boots

Biking Legend Ned Overend talking with Hans at the Lake Garda Festival in Italy, May ’03

Hans on his new i-drive Ruckus

Emerging from an underwater landing, after a bungy jump – New Zealand 1995

Dicing it out with a skier. The early days of snowbiking – Montana 1992

Hans made one of the famous Buckingham Palace Guards talk, we won’t quote what he said…..sometime around 1991

Hans on a Russian Tank during his visit in Moscow, 1998

Just before riding down a 14-story skyscraper in Auckland/New Zealand, 1998

Hans on his new toy, a Bultaco Sherco 2.9 trials motocycle

Hans having fun in the Austrian Alps during a recent photoshoot , Aug. 2000

Hans playing with his trials moto in Sicily

Walter Art.hofer and Hans speeding down the bob sled run in Cortina, Italy, 1997

Hans getting away from some elephants during his bike safari in South Africa, 1997

Hans’ arrival in Machu Picchu, after riding the famous Inca Trail in Peru, 1995

Hans in Val’Udina, Switzerland, during his Transalp trip with the RADS in September, 1999

Hans and Jordi Tarres (center) on the podium at the first ever European Championships, in Germany 1982

Hans saluting the Military Bike Police of Panama, after teaching them a trick or two. Nov/00

Hans at the Bogner IMAX movie premiere in Berlin, on top of a moving, brand new, $70,000 Audi All Road